A city magistrate yesterday upheld a no-case submission by the defence and dismissed the charges instituted against two police constables over the deleting of the Guyana Police Force’s (GPF) financial data.

Jenneka Carmichael, of Lot 121 Onderneeming, West Coast, Berbice, and Tatayana Smith, 21, of 43 Third Street, Alberttown, Georgetown, were freed of the charge after Magistrate Annette Singh, who was presiding over the trial, upheld a no-case submission. The trial was conducted at the Georgetown Magistrate’s Court. 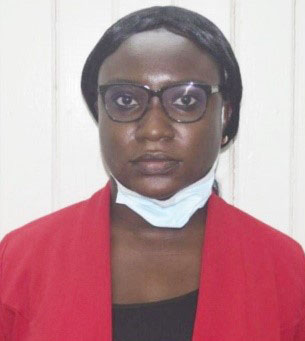 It is alleged that the two, on January 28, 2021, and February 04, 2021, at the Guyana Police Force Headquarters, Eve Leary, Kingston, Georgetown, intentionally and without lawful excuse or justification, deleted electronic data from the GPF’s computer that was in the administrative office of the Felix Austin Police College mess. Attorneys-at-law, Edrianna Stephens and Bernard DaSilva represented Carmichael and Smith respectively. The attorneys argued that the prosecution did not provide enough evidence to the court to sufficiently back the accusation. The prosecutor was Tuanna Hurdy.

The prosecution’s case is that the duo who had previously been released on $150,000 bail each, intentionally deleted electronic data from the computer that was in the administrative office of the Felix Austin Police College. The two constables were clerks attached to the Finance Department. This discovery was made following an investigation conducted by the Special Organized Crime Unit (SOCU).

SOCU had instituted charges of the same nature against a number of GPF members after the investigation was conducted by the Auditor General. Since then, the police have also acted on the audit findings. The GPF members are charged with committing fraud against the force amounting to over $19 million.