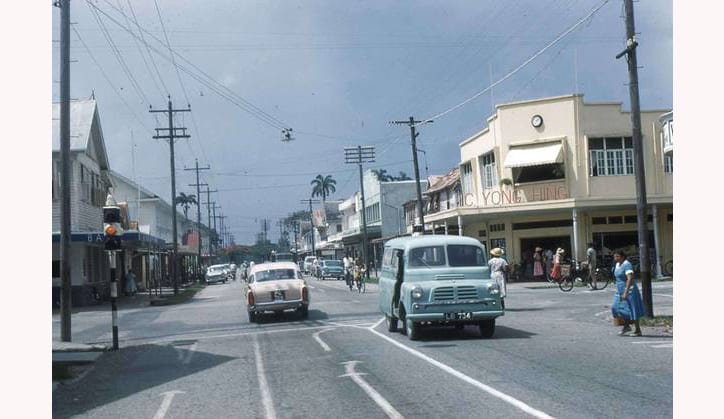 "British Guiana" before the South American country gained independence in 1966.

The possibility of Guyana having petroleum stemmed from observations of petroliferous occurrences recorded by Dutch explorers since the 1750s, but it was not until 1916 that the first significant effort to locate petroleum was undertaken.

According to records from the Guyana Geology and Mines Commission (GGMC), three exploration wells were drilled in 1916 in the Waini area of the South American country’s North West District by Nelson Cannon. Gas and pitch were recorded in one of those wells. In 1926 a well was drilled on the West Coast of Berbice at the Bath Sugar Estate. The gas recovered there was utilized for decades at that location for domestic purposes.

In 1966/67 Shell drilled six wells on the Atlantic coast at Drill Mahaicony, along the Berbice River, Corentyne River, and in the Skeldon area.

The quest for petroleum offshore Guyana began in 1958 when California Oil Company conducted seismic surveys before withdrawing in 1960. Other companies followed and several licenses were awarded. The first company to spud a well was Tenneco during 1967 when Guyana Offshore # 1 and # 2 were drilled.

“In the late 1950s, McBride Oil and Gas Corporation tried Guyana as well as Standard Oil of California. Again, there was no success. Again, there was a hiatus when no further exploration was conducted until 1965,” – Guyana’s Oil Odyssey, 1750-2019

Speaking at a public lecture in Georgetown back in 2017, Guyanese Attorney-at-Law and Chartered Accountant, Christopher Ram, said while many people had expressed surprise following ExxonMobil’s world class Liza discovery in 2015, the surprise is really that it took so long.

“When you look at the timeline the surprise is probably that it took us so long to find oil or to find oil that was already there. Because as you can see, in the 1700s Dutch explorers found traces of offshore oil capabilities,” he said.

The Guyana-Suriname Basin remains one of the last unexplored areas in the world with significant petroleum potential. The United States Geological Survey estimates that 13.6 billion barrels of oil and 32 trillion cubic feet of natural gas could lie in the Basin.

US oil major ExxonMobil has found more than 9 billion barrels of oil equivalent resources offshore Guyana, spanning 18 discoveries since 2015 at the Stabroek Block, while there has been 3 other discoveries by companies in the Orinduik and Kanuku Blocks. So far, Apache and Total have made four discoveries at Block 58 while Petronas and ExxonMobil have made one at Block 52.