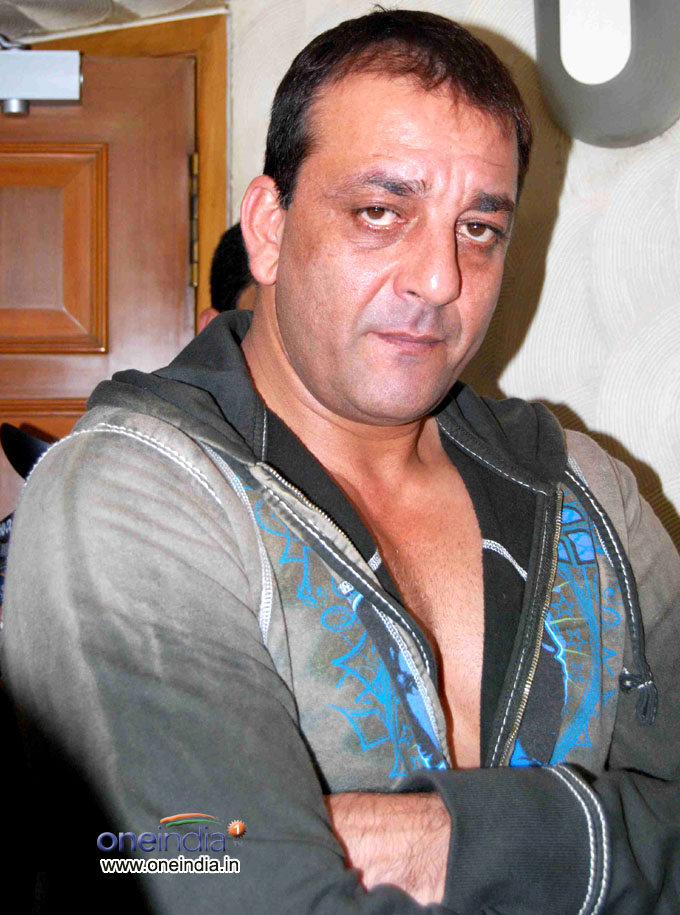 Actor Sanjay Dutt, who has been sentenced to five years in jail in the 1993 Mumbai blasts case, has assured the makers of his three under-production films - Zanjeer, Policegiri and Peekay - that he will complete the projects before he is imprisoned. Read: Rajinikanth disturbed over verdict on Sanjay Dutt

The Supreme Court last week upheld Sanjay Dutt's conviction under the Arms Act for illegally possessing weapons, and sent him to five years' imprisonment. The 53-year-old has already spent 18 months in jail. He was convicted by the TADA court for illegal possession of a 9 mm pistol and an AK-56 rifle.

Despite the trauma that Sanjay Dutt is going through, he met the filmmakers at his residence in Pali Hill and assured them that he will complete their projects. A friend of the actor, who spent the entire day and night at the Dutts' residence, said: "Yes, Sanju Sir has made a commitment. Zanjeer requires three more days, Rajkumar Hirani's Peekay requires seven more days and Policegiri needs 17 days to be completed."

"In spite of the shock that he went through on (March 21) Thursday (of hearing the honourable Supreme Court's verdict), Sanju Sir assured the Zanjeer director Apoorva Lakhia, Peekay maker Rajkumar Hirani and the Policegiri producer T.P.Aggarwal that their films would be completed. Sanju Sir told them, 'Boss, let's complete the shooting and my dubbing. Pataa nahin aage kya hoga (Who knows what will happen in future)'." Read: Sanjay Dutt is more important than my movie, says Policegiri producer

Sanjay Dutt is expected to get started on the projects this week, as he has been asked by the Supreme Court to surrender within four weeks of the verdict.

"The commitment stunned all of us," said the friend.

A source said, "Actually, the enormity of the court verdict didn't sink in to Sanju sir on Thursday. All day and night we surrounded him and kept him busy. TP Aggarwal even fed Sanju Sir biryani with his own hands. We kept the atmosphere in his house very very light."

"Guests kept dropping in. All his friends were there. Ranbir Kapoor, Vidya Balan and Farhan Akhtar came towards evening. We all narrated anecdotes from Sanju sir's wild days to Ranbir since he wasn't even born in Sanju sir's Rocky days." Pics: Salman Khan visits Sanjay Dutt

"She was inconsolable. She put up a brave front, but she kept breaking down throughout the day. It's a shocker for the entire family. Sanju sir hasn't even begun to understand what this means. We are all hoping for a miracle," added the source.