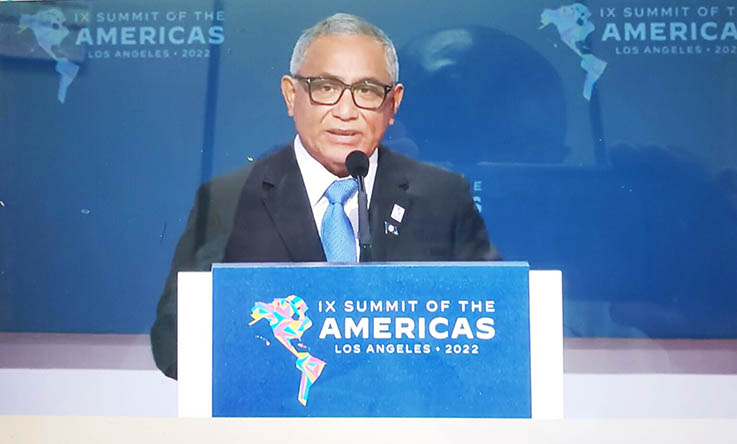 CARICOM Chairman, Belizean PM John Briceño on Thursday hammered the United States over its exclusion of Cuba, Nicaragua and Venezuela from the Summit of the Americas and called the long-running American embargo against Havana “an affront to humanity”.

Speaking at the plenary session of the 9th Summit of the Americas, Briceño also appealed for urgent assistance to the Caribbean region on debt relief, climate change and access to concessionary funding.

The 9th Summit was hosted by the US in Los Angeles, California under the theme “Building a Sustainable, Resilient, and Equitable Future” but was marred by the exclusion of the three countries which led to several heads not attending including Mexico’s President Andres Manuel Lopez Obrador. CARICOM member, St Vincent and the Grenadines also skipped the meeting over the exclusions. The Summit started on Monday and concluded yesterday.

In the presence of US President Joe Biden and Vice President Kamala Harris, Briceño did not mince his words in expressing his and CARICOM’s displeasure over the exclusion, particularly of Cuba and Venezuela. The USA has premised its decision to exclude the countries, on concerns over human rights violations and the absence of democracy.

Speaking on the contribution of the excluded countries to the region, Briceño said that Cuba has provided consistent, unmatched cooperation in health to almost two-thirds of the countries in this hemisphere including Belize.

“The illegal blockade against Cuba is an affront to humanity. It continues to cause untold suffering. It is inconsistent with our values. In fact, it is un-American. The time has come, Mr President, to lift the blockade and to build bonds of friendship with the people of Cuba. Similarly, Venezuela has done so much toward energy security for the Caribbean region through its innovative financing programmes. Venezuela’s absence is unforgivable,” Briceño said directly addressing Biden.

He added that at one of the most critical junctures for the hemisphere, the Americas stand divided and that alone should have been the premise for making the Summit inclusive. He further told Biden and Harris that it is geography and not politics that define the Americas.

The CARICOM Chairman said that the future of the Western Hemisphere is a responsibility of all the countries of the hemisphere noting that irrespective of their size, GDP or system of governance, they all have a shared interest in a sustainable, resilient and equitable future.

He related that the Belizean people, like people across Latin America and the Caribbean, are weathering successive and simultaneous crises. He said that Caribbean economies are in a precarious place because of their inherent vulnerabilities to external shocks, including exposure to climate change and devastating storms. That, he said, is further compounded by the effects of the COVID-19 pandemic and the ongoing war in Ukraine.

“Notwithstanding the 6% recovery in global growth in 2021, CARICOM member states, except for Guyana, recorded an average growth rate of 1%. A few member states experienced even further GDP losses ranging from -1% to -6.3%. Member states were expected to record a stronger growth performance in 2022 but the effects of the war, rising inflation, rising oil costs and further supply chain disruptions have led the IMF [International Monetary Fund] to downgrade the growth projection for the region. We cannot continue on this path.

“This recession was not of our making. We have come to Los Angeles to agree on specific deliverables on climate change, debt relief, access to concessionary financing, and energy and food security. With firm commitments we can move forward,” the CARICOM Chair said.

He explained that for the issues facing the region to be adequately addressed then action must include equitable access to vaccines and treatment for COVID-19 to end the acute phase of the pandemic and a strengthened and sustainably financed global health architecture. He called for  firm plans from developed countries for emissions reduction targets in line with the 1.5 degrees centigrade Paris temperature goal, a plan to scale up climate finance beyond the floor of the US$100 billion annually through to 2025, and doubling of adaptation finance in keeping with the Paris agreement.

“Action must include finalization and use of a multidimensional vulnerability index so that countries like ours can affordably finance our recovery and build resiliently. Action must include debt relief. Action must include a coordinated, multilateral response to the deepening food and energy crises including financing and technology transfer to support the acceleration to renewable energy.

“Action must include finding peace in Ukraine. Today Belize affirms the integral role of democratic governance. Let there be no doubt about our unshakeable commitment thereto. The confluence of crises of our times requires all the countries of the hemisphere to work together in a spirit of solidarity and cooperation,” he said.

No freedom in Cuba.

America is quite the opposite. But, have you ever heard of school kids being gunned down in Cuba?

Quite a shame when freedom is taken for granted and is abused.

Cain make sure you buy a piece from the American border. You never know when you may need it in the future

No freedom in Cuba. 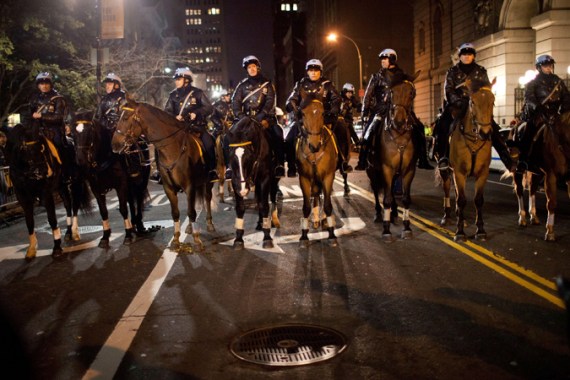 The US touts itself as the land of free, but it has laws which are designed to crush criticisms of the state.

Look at how many Police are on horses.  Mits dead men must have escaped.

Look at how many Police are on horses.  Mits dead men must have escaped.

Yeh mon. You is one of dem.