Any one watching ? what's your thoughts ?

I believe that it is going to be thrown out for lack of merit. Just like the USA.

I believe that it is going to be thrown out for lack of merit. Just like the USA.

Did you come to this conclusion from watching today's proceedings?  If so, you are a superstar.

Did you come to this conclusion from watching today's proceedings?  If so, you are a superstar.

My take there will be a hearing of the Petition.

My take there will be a hearing of the Petition.

Agreed.  The CJ was given an opportunity, although a cynical one, to dispose of the petitions and did not entertain it for a second.

Interesting presentations on the development of the Case Management Conference.

One needs to eventually see/hear the detailed presentation on the issues, should the next step be a full court hearing.

Proceedings just ended with interesting presentations by all parties.

When submissions presented by the scheduled time, next hearings will be later this week and early December, 2020.

Preliminary hearings on elections petitions to continue on Monday

-Robertson miffed at Nandlall application to strike out matter 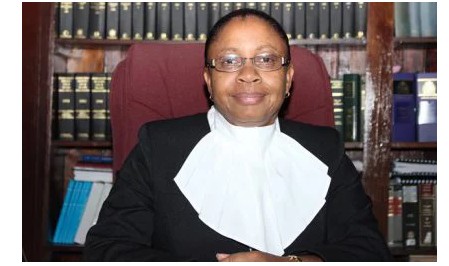 On Monday, November 30th,  the High Court will proceed with hearing objections raised on the service of the petitions filed by  APNU+AFC —this time on former president David Granger who is among the listed respondents.

The Coalition has filed two petitions challenging the results of the March 2nd General and Regional elections which saw the People’s Progressive Party/ Civic (PPP/C) winning the seat of government.

The court had initially set yesterday for commencement of arguments on the preliminary issue of service which PPP General Secretary Bharrat Jagdeo’s attorney, Senior Counsel Douglas Mendes had argued was not properly effected on his client in accordance with prescribed rules and laws.

Mendes had previously raised this as a provisional issue, but did say that his positon could change after he would have been able to completely peruse all the documents filed in the matter.

He reported to the court yesterday that having done so, he no longer takes issue with service against Jagdeo, but points out that the service on Granger, who he argues is a necessary party to the proceedings, had not been properly effected.

Though the service on Jagdeo is no longer in dispute, Mendes is contending that because Granger is a necessary party to the proceedings, late service on him can also result in both petitions being rendered a nullity.

The court will hear full arguments on this on November 30th.

Leave had previously been granted for submissions to be made on the issue of service which Attorney General (AG) Anil Nandlall SC had also been invited to submit.

When the matter was called yesterday before acting Chief Justice Roxane George-Wiltshire SC, however, attorney Mayo Robertson who represents petitioners Monica Thomas and Brennan Nurse in the second petition complained of Nandlall violating orders previously made by the court.

He said that instead of the AG only making submissions on the issue of service as the court had directed at its case management conference (CMC) on October 22nd, Nandlall went beyond and filed an application which he was not permitted either by the court, or according to law, to do.

Robertson took issue with the application filed by the AG seeking to strike out the petition filed by his clients. Robertson’s contention is that Nandlall ought only to have made submissions and not file an entire notice of application (NOA) on this issue.

Robertson then asked the court to strike out Nandlall’s application asking for petition No.2  to be struck.

Declaring, however, that Nandlall’s application in no way adversely affects or prejudices any of the parties to the proceedings, the Chief Justice struck down the arguments advanced by Robertson.

She said that while indeed Nandlall had filed an application which he was not asked to do, the issue of service had already been laid before the court as a preliminary one to be addressed.

She said, too, that the points raised by Nandlall are also already before the court as issues to be canvassed and determined.

Robertson, however, held to his position that Nandlall had no right to file the NOA as it was in violation of the order of court and the law.

Justice George then pointed out to Robertson that he too had not rigidly followed previous orders she had made and that petitioners in both of the matters had relied on the very aspect and form of Rules he was rebuking Nandlall for having relied on.

Robertson apologized for his own violations of orders previously made by the Chief Justice, but sought to say that there was a distinction between that and Nandlall “going against the law” and filing the NOA.

In his submissions calling on the court to strike out the second petition, Nandlall argues that service of that petition had not been properly effected on either Jagdeo or Granger.

Mendes had argued that because Jagdeo was not served on time in accordance with prescribed rules, the petitions may themselves amount to a nullity. His argument is the same regarding service on Granger.

When the matter is called again next Monday at 9:30 the court will commence hearing arguments on the issue of service.

The results of a national recount of all ballots cast showed that it was the PPP/C which had won the elections with 233,336 votes over the 217,920 which the coalition managed to secure.

Hire Robertson if yuh ever in trouble

Any one watching ? what's your thoughts ?

The case has no footing to stand on.

The case has no footing to stand on.

Grainger loosing it....he wants to be president but doesn’t want to be part of the process...

David Granger claims he signed the wrong date on the election petition. Everything is wrong with him and the people under him. Let's remember the election saga with the honest interlocutors.

David Granger claims he signed the wrong date on the election petition.

Everything is wrong with him and the people under him. Let's remember the election saga with the honest interlocutors.

Yes. it was in another article but I didn't want to post the whole thing.