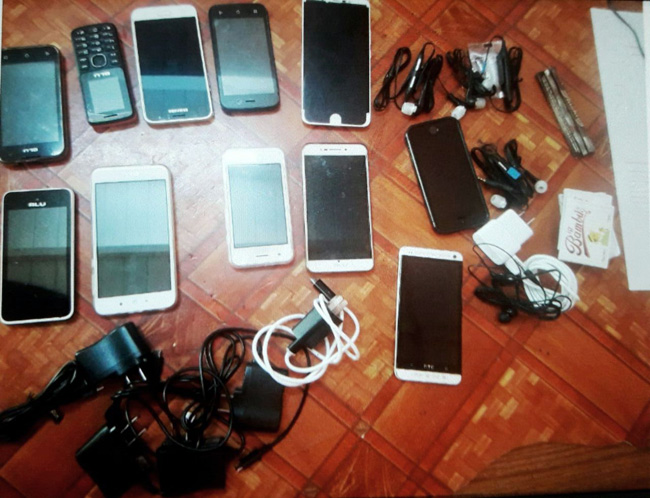 Police and prison officials have thwarted what appears to be a massive smuggling racket at the Mazaruni Prison.

A release stated that a 27-year-old prison officer was arrested at around 09.00 hrs yesterday in the prison’s bachelor’s quarters.

At the time, he was in possession of nine new cell phones with chargers, a SIM and a memory card, and 403 grammes of cannabis sativa. The items were in a haversack on the rank’s bed. He was reportedly nabbed during a sting operation.

Last August, a Chief Prison Officer was arrested for allegedly attempting to smuggle a quantity of marijuana to an inmate in the Timehri Prisons.

The drug was concealed among the prisoner’s meals. The accused rank is in his fifties and has some 20 years service. Police are still seeking legal advice on the matter.