Windies will play an ICC Rest of the World XI on May 31, live on Sky Sports 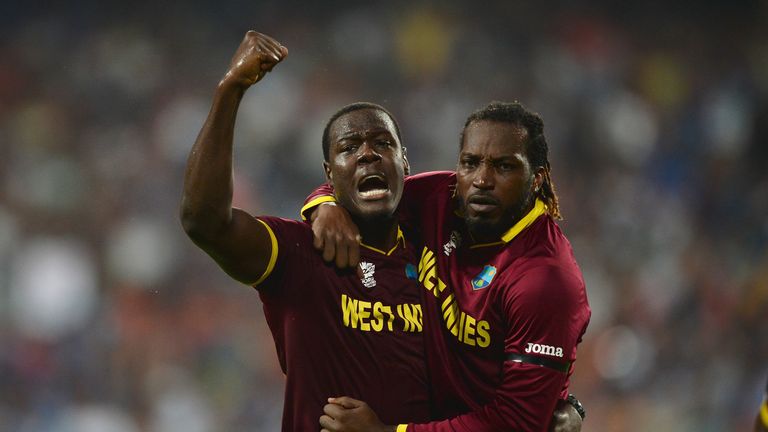 Carlos Brathwaite will captain a star-studded Windies side in the Hurricane Relief T20 Challenge at Lord's on May 31, live on Sky Sports.

Brathwaite's 13-man squad - which includes powerful openers Chris Gayle and Evin Lewis, as well as Andre Russell, who has smashed 19 sixes in his first four matches of the IPL season - will take on an ICC Rest of the World XI skippered by England's Eoin Morgan.

The match is being staged to raise funds to rebuild and restore five major cricketing venues in the Caribbean that were damaged by Hurricanes Irma and Maria as well as aid other community cricket facilities. Tickets are now available at https://tickets.lords.org/.

Cricket West Indies CEO, Johnny Grave, said: "On behalf of CWI, I'd like to thank the players for their commitment to and support of this vital cause.

"We're hoping to raise a significant sum from the Hurricane Relief T20 Challenge and are very grateful to the MCC, ECB and ICC, without whom this match would not be taking place."