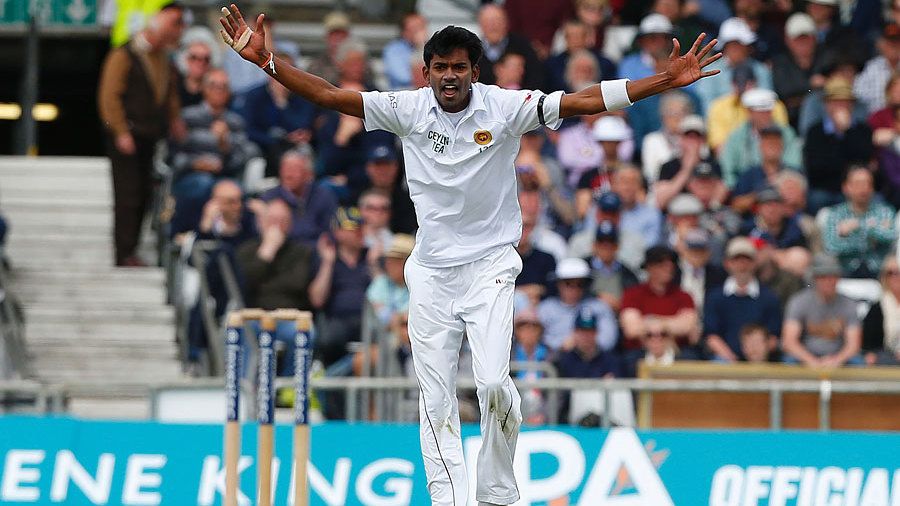 Fast bowler Dushmantha Chameera is in doubt for Sri Lanka's Test tour of the West Indies in June, due to a back complaint.

He has also been ruled out of at least the first three weeks of the IPL, and remained in Colombo instead of joining the Rajasthan Royals squad. Further medical tests will determine the exact length of his layoff and recovery.

"He has had some back stiffness, so we expect it to be three more weeks at least before he can return to bowling," Sri Lanka chief selector Graeme Labrooy told ESPNcricinfo. "We'll reassess after that and see where he is."

Initial tests were inconclusive but did not out a stress fracture, the likes of which had kept Chameera out of action for several months in late 2016. The injury was sustained last week during first round of the Super Fours Provincial Tournament - a tournament Chameera will now take no further part in.

For Royals, who had bought Chameera at his base price of INR 50 lakhs (approx. USD $77,000), his absence is unlikely to be a major loss, given the presence of other overseas quicks Ben Stokes, Jofra Archer and Ben Laughlin in the squad.

If it transpires that Chameera is out of the tour of the West Indies, however, Sri Lanka will go into that series without the pace-bowling firepower they would have liked, with Nuwan Pradeep and Shehan Madushanka also under injury clouds. The first of the three Tests begins on June 6.