Guyana gas potential could be as lucrative as oil; draft master plan in play – VP 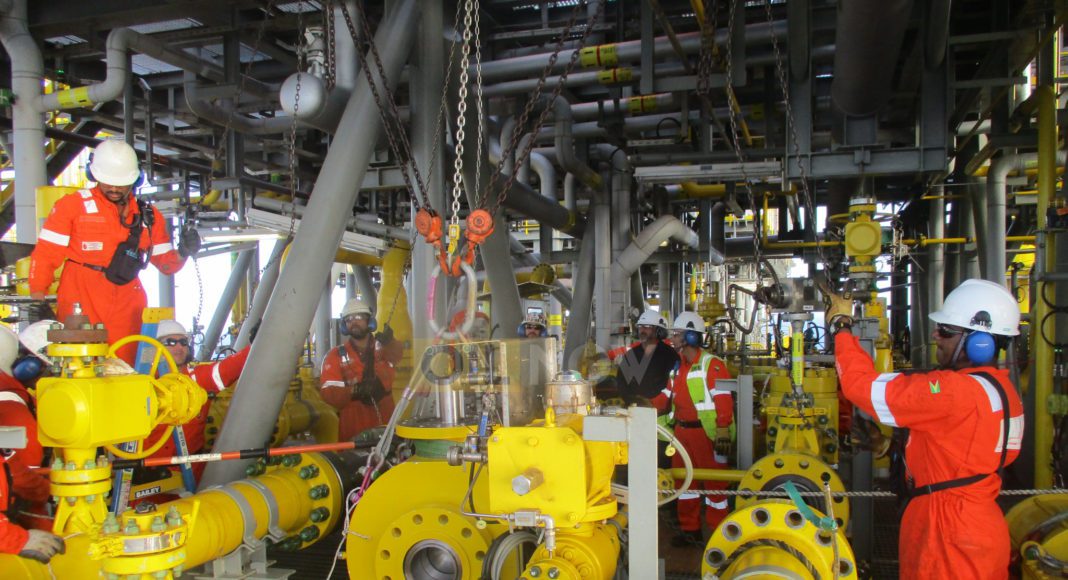 Given the significance of the gas discovered so far and the government’s plans to move ahead with the gas-to-energy project, there have been discussions on the need for Guyana to formulate a Gas Master Plan.

Vice President, Dr. Bharrat Jagdeo during a recent engagement with members of the media was keen to note that the government appreciates the value of this advice and is working towards this objective. However, its realisation is dependent on how much of the gas is available for use.

Expounding further, Dr. Jagdeo said, “We are actually working on a draft master plan for the country and a lot hinges on getting Exxon to make more gas available to monetise, specifically, more of its 16 trillion cubic feet of reserve available. So, that is the first objective of the government. We believe gas ultimately can be as lucrative as the oil component of their activities offshore.”

He added, “… Now as you know, Exxon re-injects most of this gas back into the reservoir and they are saying it is important for reservoir quality, and for them to do that in all the developments then we don’t have much gas to utilise. So, we are working with them to get some studies done to see how we can liberate more of the gas.”

For the time being, Dr. Jagdeo said government can do a Gas-Use Plan for Wales which will house the onshore facilities, inclusive of a Natural Gas Plant for the imminent gas-to-energy project. He cautioned that a master plan has to cover a broad spectrum of matters that range from exploration to the monetisation of gas. Until more is known about the gas available for monetisation from the 16 trillion cubic feet gas reserve to bring to shore, the master plan would remain at the embryonic stage.