How to Make Southern Butter Rolls 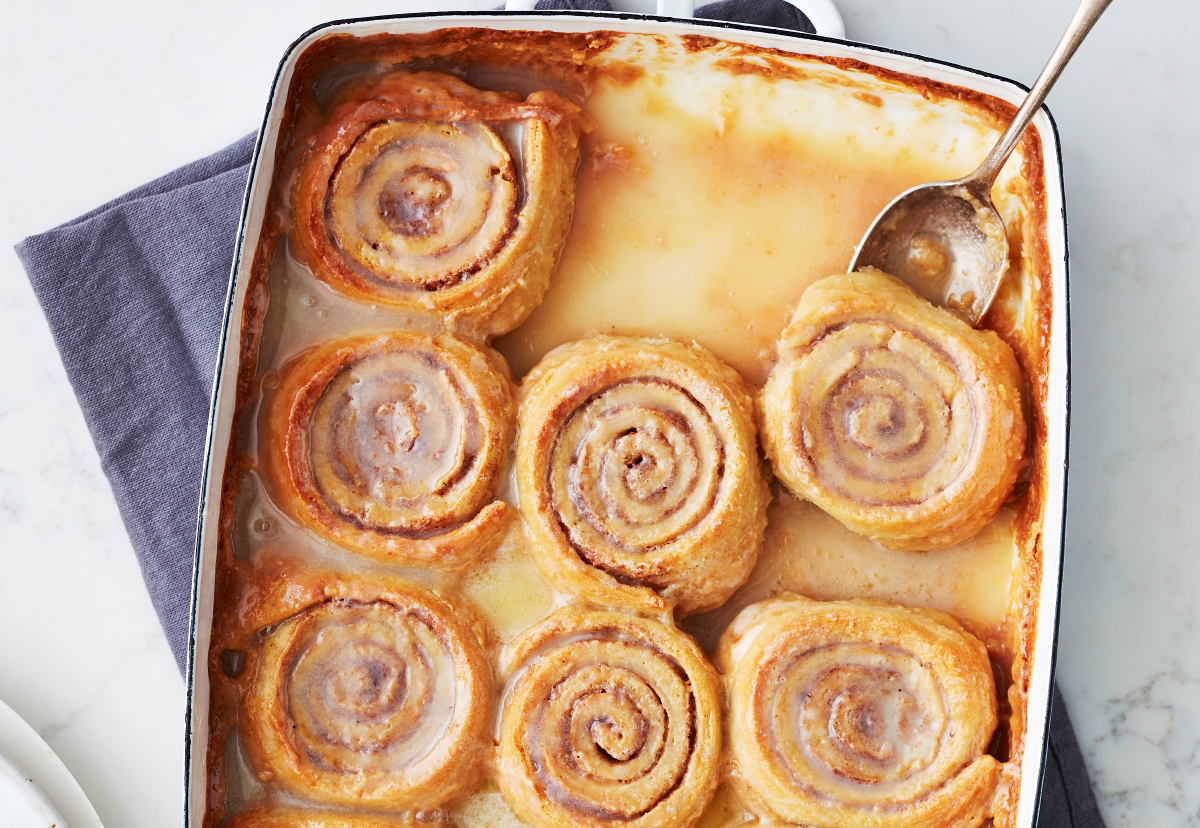 Although it might not occur to us to think of recipes this way, much like sea turtles, VCRs, and hefty phone books, there are some that are in danger of going extinct. Any cook or baker with internet access now has millions of recipes at her or his fingertips, but foods need to be made, and shared, or they become forgotten. One obscure but beloved recipe is most certainly on the endangered list: It’s known as Southern butter rolls, or sometimes just roll (even if there are multiple rolls involved).

While the origins of Southern butter rolls are hazy, the roots run deepest in Memphis and a few other areas in the Mississippi Delta region. Chef Fran Moseley of the former HM Dessert Lounge in Memphis, where butter rolls ruled the menu, describes them as “A cinnamon roll baked in a custard, but made with biscuit dough, not a yeast-raised dough.” That concise description fits the bill perfectly for a recipe that is the pinnacle of doing a whole lot with not much at all — a true kitchen MacGyver move. 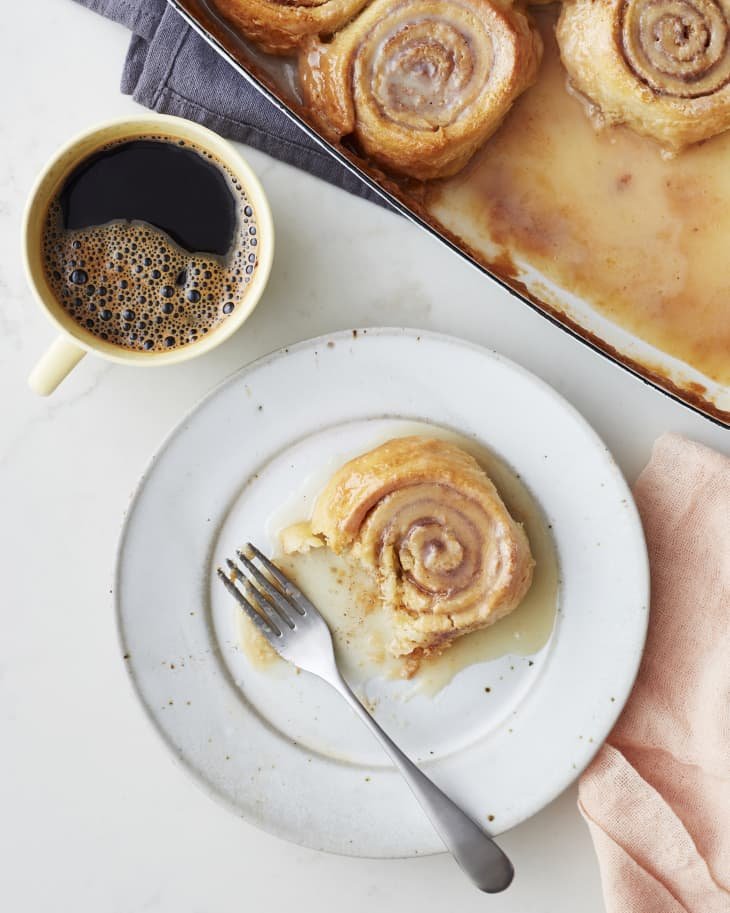 In the most common variation, a straightforward biscuit dough is rolled thin, spread with butter, sprinkled with sugar and spice (cinnamon, nutmeg, or a combination), then rolled, sliced, and placed in a baking pan much like standard cinnamon rolls. What follows next is something that must be experienced to be believed. A liquid mixture of dairy and sugar is heated just to a low bubble, and the whole lot is poured over the unbaked rolls. (The first time I made this recipe, as the rolls began to float and bob in the liquid, I kept saying aloud “What? No. Surely no!”) During the baking time, the dough almost poaches like a dumpling as it browns on top, and the sweet milk begins to reduce and caramelize into a silky sauce. As Chef Moseley says, “The love is in the custard.”

Butter rolls live at the center of a Venn diagram of frugality, simplicity, and deliciousness. It’s a recipe born out of necessity, a crafty way to use leftover biscuit scraps, and a path to a rich dessert that can feed a crowd made out of just a handful of inexpensive ingredients. “It’s one of those recipes where nobody knows where it came from — we only know that our grandmothers and our great-grandmothers all made it, and somehow it was always on the table,” Moseley says. “It comes from the African American community (especially those who moved up to Memphis from Mississippi). My grandmother always said we were the mothers of invention when it came to using scraps and making something good out of it. It’s like taking day-old rice and making rice pudding. Nothing goes to waste.”

Butter Rolls of All Shapes and Sizes

There are dozens of forms of butter rolls found in Southern recipe boxes. Each one depends on the baker, which adds to the charm. As Moseley said, “You make it the way your grandmother made it, and you only get the recipe from her when she gets too old and tired to make them anymore.” Some recipes have you slice the entire log of coiled dough into swirled rounds, as mentioned above. But others call for dividing the dough in half, rolling both halves into logs, slicing one log into rolls, and placing them in half the pan, while the other log stays whole and is nestled lengthwise in the same pan next to them.

I found yet another version from a man named Bill Shanle, owner of the now-closed Leonard’s Pit Downtown in Memphis (another location, not owned by Shanle, remains open). His version of the butter roll involved no rolls at all. Instead, he layered sheets of biscuit dough with butter and sugar like a giant biscuit lasagna, and doused the whole thing in a sauce made of even more butter, water, and sugar — but no milk. As it turns out, there are many ways to roll, and this recipe is a mash-up of many of them. Butter enthusiasts, this one’s for you.

Storage: Leftovers can be covered and refrigerated up to 3 days.

Shauna Sever is the author of 3 cookbooks. She is a contributor for The Splendid Table, and has been featured on many other TV and media outlets. She lives with her husband + two children outside Chicago. Her book, Midwest Made, will be published in Fall 2019.